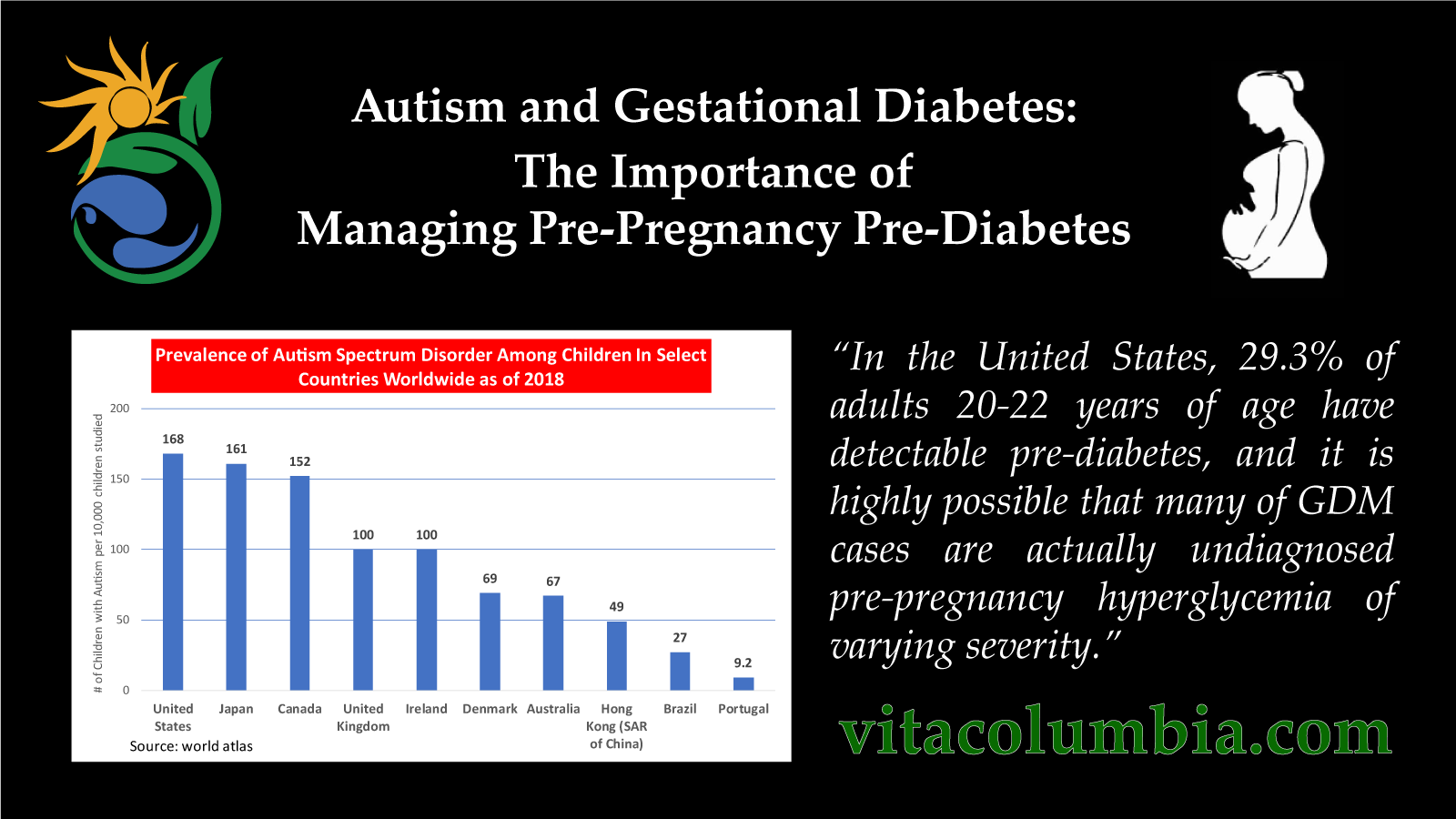 Autism and Gestational Diabetes: The Importance of Managing Pre-Pregnancy Prediabetes

Gestational diabetes mellitus (GDM) is defined as any degree of glucose intolerance a woman develops during gestation, typically recognized during the latter half of pregnancy. A review of the global prevalence of GDM on the basis of studies between 2005 and 2018, estimated the global prevalence of GDM to range from 1% to > 30% depending on region and country, as seen in Figure 1.0 below.  The majority of women are normoglycemic after delivery, but as many as 20% have impaired glucose tolerance in the early postpartum period. Furthermore, after the development of GDM, women have an up to 70% risk for recurrent GDM in future pregnancies, a seven-fold higher risk of overt diabetes in the proceeding 5-10 years, and an increased risk of cardiovascular diseases. The short-term perinatal consequences of GDM include pre-eclampsia, preterm delivery, primary caesarean delivery, shoulder dystocia or birth injury, high birthweight, high neonate body fat percentage, neonatal hypoglycemia, and newborn intensive care admission. Long-term outcomes of the offspring include obesity and glucose intolerance. Additionally, emerging research has linked prenatal diabetes as a significant risk factor for long-term neuropsychiatric morbidity, in particular Autism spectrum disorder (ASD) in children.

ASD is a neurodevelopmental disorder characterized by impairments in socialization, communication and language, and repetitive or unusual behaviors. ASD typically appears during the first 5 years of life and persists into adulthood. Individuals with ASD often have co-exiting neuropsychological conditions such as epilepsy, depression, anxiety, and attention deficit hyperactivity disorder (ADHD). The prevalence of ASD has increased dramatically since the 1960s and continues to rise annually at an exponential rate. ASD diagnoses in children have increased from 1 in 150 in the year 2000, to 1 in 59 in 2018, with autism prevalence increasing by 119.4% in this time period. On average, autism costs families $60,000 USD per year, and the cost of taking care of Americans with ASD is expected to reach $451 billion by the year 2025.

The prevalence rates of ASD and GDM have both increased dramatically since the 1960s, in congruence with the global epidemics of diabetes and obesity and societal trend for childbearing at a later age. In the United States, 29.3% of adults 20-22 years of age have detectable pre-diabetes, and it is highly possible that many of GDM cases are actually undiagnosed pre-pregnancy hyperglycemia of varying severity. In addition to pre-pregnancy prediabetes and obesity, other risk factors for GDM include childbearing after the age of 30, positive family history, cigarette smoking, psychological stress, exposure to organic pollutants and endocrine disrupters, and pre-pregnancy dietary factors. Data from observational studies suggests that as many as 45% of GDM cases may be preventable by adherence to a healthy lifestyle.

With the emerging evidence of GDM as an independent risk factor of ASD in children, there is an urgent need to address the epidemics of prediabetes, diabetes, and obesity in women of childbearing age. Emphasis on lifestyle modifications is currently the best approach to reduce GDM and hence the risk of ASD in children. Added sugar consumption is one of the most significant causes of glucose abnormalities and appears to increase the risk for GDM, as seen in a study by Chen et al. whom identified a 22% greater risk for GDM in women consuming five or more servings of sugar-sweetened cola per week. One simple method to reduce dietary sugar consumption is through the substitution of sugar for an all-natural alternative such as vitaSWEET, which is as sweet as sugar, zero calories, has no effect on blood glucose levels, and is safe during pregnancy. 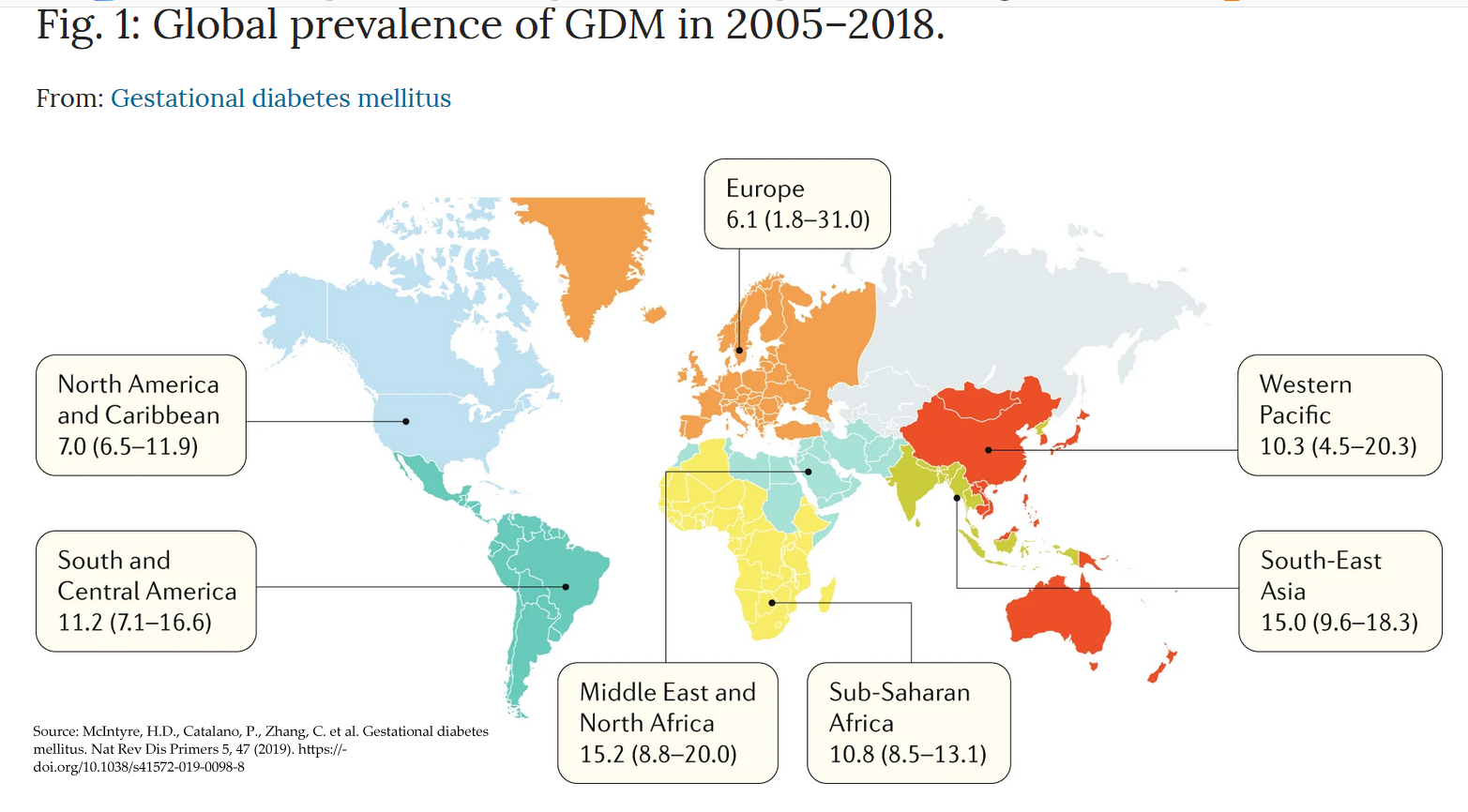 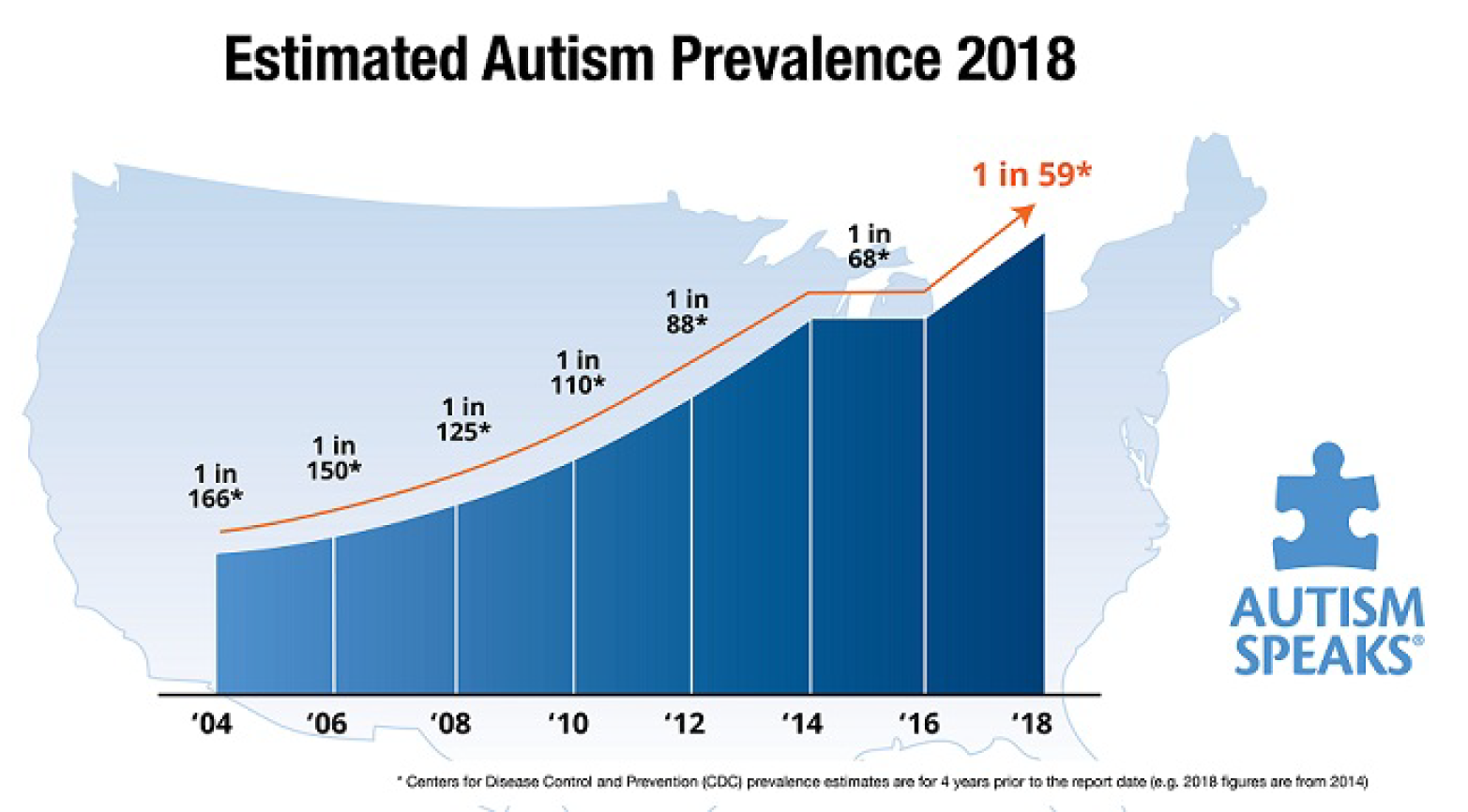